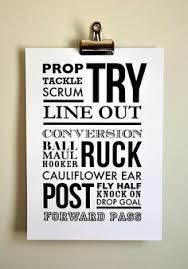 Parisse's farewell match is wrong kind of send-off Give Rome its bread-andrugby circus. Sergio Parisse is to bid an emotional farewell to Italy in this year's Guinness Six Nations. We are unsure whether he will bow out against Scotland, England or both, but it is certain that this will be the greatest individual distraction in the history of Italian rugby. The sport's third-most capped international with 142 appearances, he isn't just Italy's undisputed all-time great; to many Italian and non-Italian fans he is the sole symbol of the Azzurri. First capped in 2002, he has carried the burden of his nation's struggling team for almost two decades. Gradually the No8 has metamorphosed from Italy's most magnificent servant to their overbearing master. The last I knew, rugby union was a team game. There will be nothing collective about either his fmal game or the hyperbole that will surround what should be a professional build-up to an important international. Everything will centre on the individual. Parisse himself knows how disruptive his presence could prove. His will be the guest appearance, or appearances. The superstar who hogs the headlines. This week he admitted: "If I were permanently in the group [of player even more if I were captain, I would occupy certain spaces." Make that every available space that Italian rugby has to offer. Franco Smith, the new Italy head coach, has stated that Parisse deserved better than to finish his career with a postponed international against the All Blacks in Japan. Beaten by the weather, not New Zealand. Parisse would have served his country better by accepting the cruel vicissitudes of fate and leaving the stage, anticlimactic an ending as it would have been. But that is how it goes. New Zealand dropped Owen Franks, a prop forward with more than 100 caps, because it didn't suit their plans for the World Cup. He won't be donning a black shirt in the summer as a token thanks, much as he too merits an emotional farewell. The team comes first. It always has in New Zealand. Not so in Italy, where the past pulls back against the present and the development into the future. Parisse is past his best. To pick a 36-year-old either to start or come off the bench against Scotland or England is to delay the rebuilding of an Italy team radically in need of overhaul. Past it? Parisse has said it better than anyone. "Physically and mentally I don't have the same energy as when I was 25." He has admitted that "young guys deserve to play and take my place. I don't have any more progress" One has to wonder what role, other than elder statesman, he should have been playing in Japan. He is an honourable, urbane man, and has earned his place in rugby's pantheon. To speak as he did of his own declining game is the honest assessment of a man who has given his all for his country. And so he has. The burden he has borne is immense, but that is not to excuse the fact that for a number of years, Italy s skipper has overplayed his own individual game in an attempt to lift his team. He has been forced into becoming individualistic in what is one of the most demanding team sports. The best Italian back row I have seen in years was the one that blew Canada away in the World Cup: Braam Steyn, Jake Polledri and Sebastian Negri. There were few miracle passes but there was dynamic carrying and abrasive tackling. These are the young guys who deserve their chance. The passing of the baton is already too long delayed. Outside Italy, the team is Parisse. He is the headline before the game and the face the television directors search out. As his powers have waned, his aura has spread. Little have Italy flourished in his shadow. And so we head towards his finale. This is not a selection based on form, on anything to do with Italy's hopes of a rare win; it is a tribute. Nobody disputes that Parisse deserves a tribute. Where else than Rome? The scene of so many fights against the odds. But bringing a potentially debilitating distraction into an international sporting environment is the wrong way to pay homage. Let him walk out alone. Rome would roar its appreciation. The atmosphere may be worth a few points to an Italian team with their best available 23 ready and raring to go. In the short term, that would do the trick. In the longer term, a statue could be erected to the great man. There are many ways to express gratitude and admiration but the one that Parisse and the Italian Federation have concocted is wrong. Much as his family and friends want to see him bow out on the international stage and not a training field in Toyota, there is little doubt that this most committed of Italians has overstepped one of rugby's cherished views. No individual is bigger than the team —so they say — but if someone who has made himself unavailable for Six Nations away games (ironically for all the right reasons, allowing a new captain and team their own space) requests a final hurrah, then treat the saying as nothing but a throwaway line. Sergio's greatness is sealed. He doesn't need one last roll call.
Top