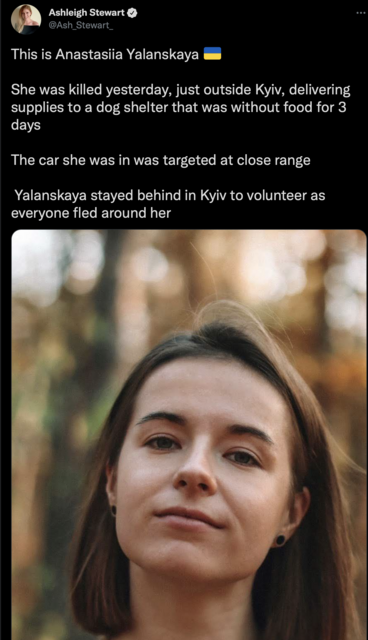 A dog tucked into a coat. Cats carried for dozens of miles. Animals spirited away from heavily bombed areas.

Thanks to emergency assistance from PETA Germany staffers and local animal activists, many humans fleeing Ukraine have been able to bring their animal companions with them. But horses are in desperate shape, as are many dogs and cats. After the harsh winter in Ukraine, many horses are stuck in the embattled country with no grass to ease their hunger, and no shipments of grain or hay are being allowed in by Russian troops. So, upon hearing that more than 100 horses were at risk of starvation, PETA Germany sped to the rescue.

PETA Germany’s mission to deliver food for the horses in Odesa faced bureaucratic hurdles as well as physical peril, but the team persevered—and they succeeded! Now they must somehow keep getting supplies into Ukraine in order to sustain the horses until enough grass has grown back.
PETA Germany and its partner Eduxanima are helping animal companions and their guardians cross into Romania safely.


Help animals in Ukraine—and around the world.

We’re thankful for the outpouring of donations to PETA’s Global Compassion Fund. But even as you read this, animals’ lives are being threatened by the war in Ukraine—while individuals in other countries are also contending with homelessness, hunger, hard labor, and untreated injuries and illness.

That’s why PETA’s Global Compassion Fund is a powerful, lifesaving force for animals around the world, supporting the following efforts:

PETA Germany is assisting homeless animals in Romania through mobile veterinary services, emergency rescues, and sterilization clinics.
PETA Asia has resumed operating its crucial veterinary clinics in impoverished areas of the Philippines, including in cemeteries housing people displaced by floods and typhoons.
PETA Latino and Latin American celebrities have hosted spay-a-thons in Mexican cities and towns to drive down the number of stray animals.
PETA-supported veterinarians are tending to overworked, undernourished, and injured donkeys, horses, and camels in the ancient city of Petra, Jordan.

Will you make a difference for animals in urgent need by supporting the Global Compassion Fund today?

Together, we’ll be able to reach more desperate animals who urgently need our help.

Thank you for your generosity. 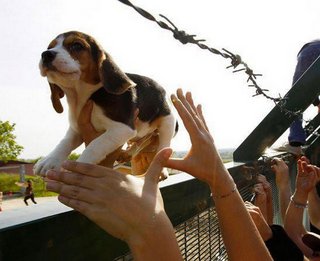